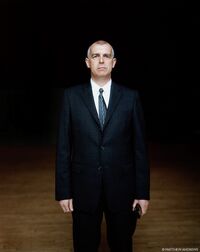 Neil Tennant was born in North Shields near Newcastle-Upon-Tyne, England, in 1954, the son of William and Sheila Tennant and the brother of Susan, Simon and Philip Tennant. He was educated at St Cuthbert's Grammar School and, later, the North London Polytechnic, where he obtained a degree in history.

From 1975-1977, Tennant worked as London Editor for Marvel UK, succeeding Matt Softley, his duties including Anglicizing dialogue for the US strips being reprinted in the UK weeklies, and indicating where changes needed to be made in the artwork to make it more suitable for the (at that time) generally younger readership (notably, having additional clothing drawn on female characters where partial nudity was shown, since the weekly anthologies tended to reprint mainstream, all ages material alongside material from the more adult line of black & white magazines, meaning that the comparatively innocuous adventures of Captain Marvel would end up sitting alongside material from the black & white Planet of the Apes magazine).

Sadly, Tennant failed to make much of an impression on the comics industry despite this promising start, and in 1977 left it to move onto less rewarding careers (reputedly, he has since the 1980s been making some sort of presumably frugal living in the 'music business' as part of a music group called 'the Pet Shop Boys').

Retrieved from "https://heykidscomics.fandom.com/wiki/Neil_Tennant?oldid=766059"
Community content is available under CC-BY-SA unless otherwise noted.