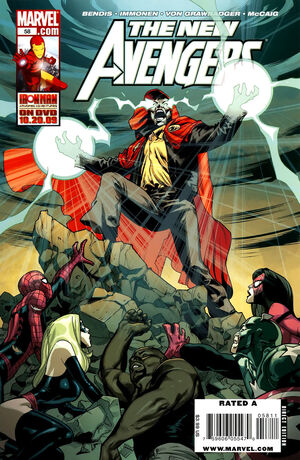 The Hood's control over his turf is challenged. Big time. And you won't believe by who. And you won't believe where the Hood is getting his newfound powers from. A big status quo change for the power brokers of the Marvel Universe. Guest-starring the Cabal. All that and guess which Avengers hook up this issue. And by hook up... we mean " hook up".

Retrieved from "https://heykidscomics.fandom.com/wiki/New_Avengers_Vol_1_58?oldid=1727061"
Community content is available under CC-BY-SA unless otherwise noted.