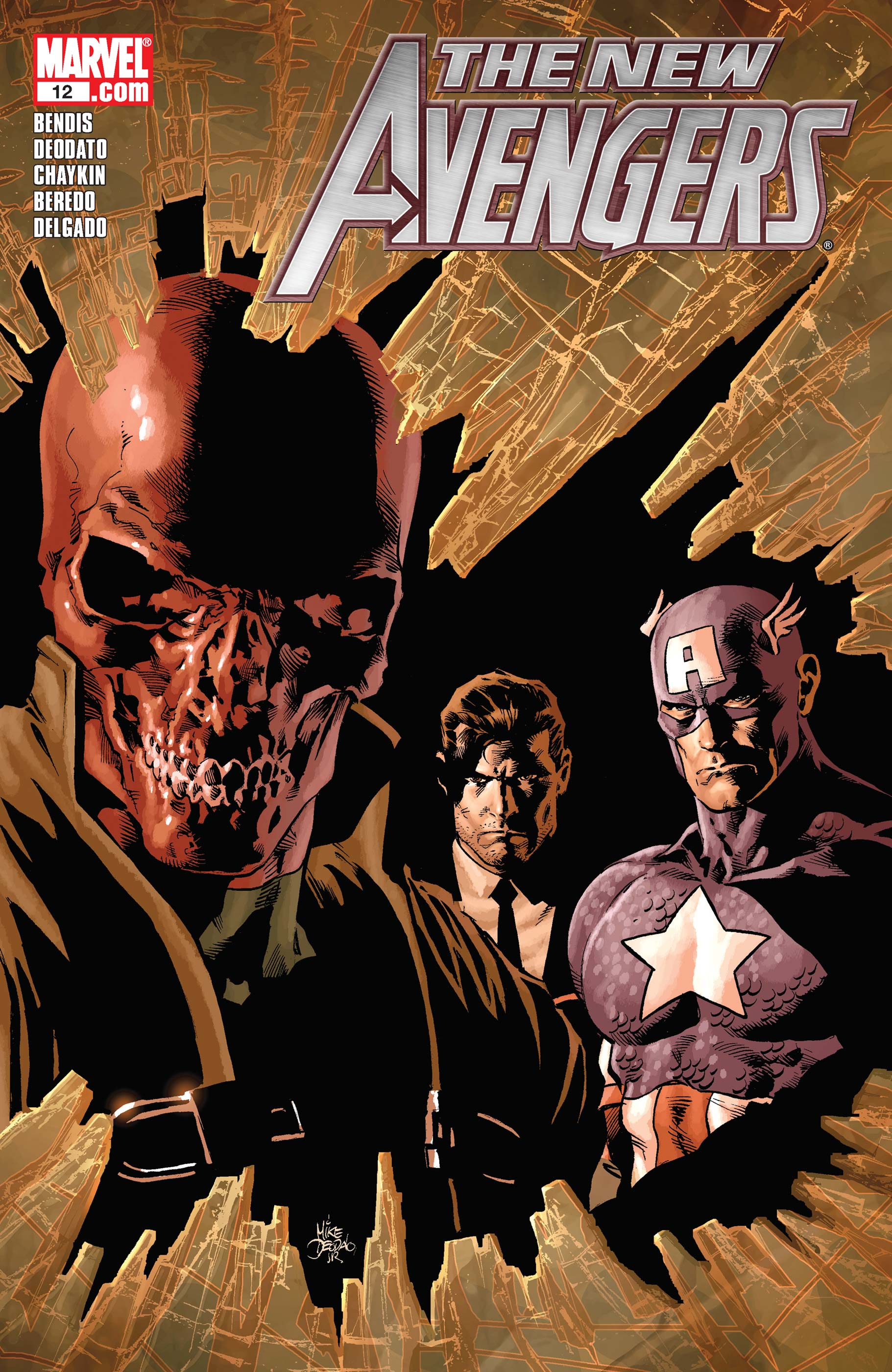 SECRETS!! Who were the first Avengers? That is the question and this chapter will bring you the shocking answer. And how will the first mission of the earliest Avengers affect the survival of one of the most beloved Avengers of the modern day? The Dark Avengers team of Bendis and Deodato reunite and bring comics legend Howard Chaykin with them!

Retrieved from "https://heykidscomics.fandom.com/wiki/New_Avengers_Vol_2_12?oldid=1726683"
Community content is available under CC-BY-SA unless otherwise noted.