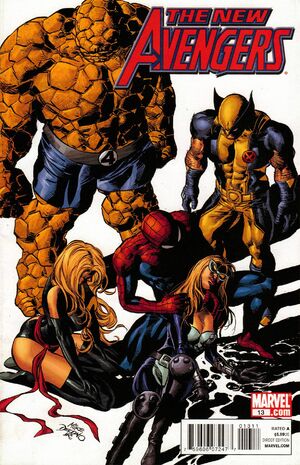 The truth of the Avengers and their never-been-told-before origins have been revealed, but how will Nick Fury's shocking past save the life of an Avenger who's life hangs in the balance? One Avenger will be changed forever. Will they live or will they die?? And who is the new face of H.A.M.M.E.R.?!

Retrieved from "https://heykidscomics.fandom.com/wiki/New_Avengers_Vol_2_13?oldid=1726684"
Community content is available under CC-BY-SA unless otherwise noted.