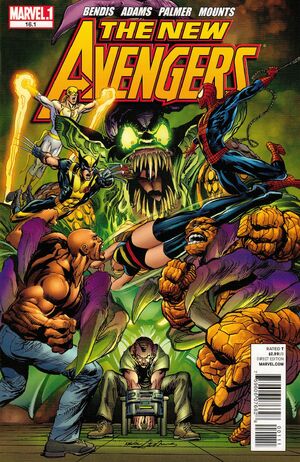 An Avengers chapter so special, Marvel had to go to legendary Avengers artist Neal Adams to bring the fire! It’s THE RETURN OF NORMAN OSBORN! H.A.M.M.E.R. is becoming a force to be reckoned with and the followers of Osborn are ready. The New Avengers/H.A.M.M.E.R. showdown is one for the record books and is the first chapter in the blistering new storyline that will herald the return of the Dark Avengers!

Retrieved from "https://heykidscomics.fandom.com/wiki/New_Avengers_Vol_2_16.1?oldid=1726686"
Community content is available under CC-BY-SA unless otherwise noted.