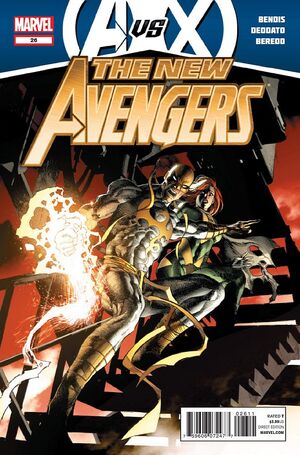 Centuries ago, a messenger from K'un Lun approached Leonard da Vinci to ask him to come to the city and assist them against the approaching Phoenix Force.

Fongji's training as the next Iron Fist is not going well. She is reluctant to cooperate and still will not speak. Yu-Ti goads her into action by insulting her mother. Leonardo da Vinci arrives in K'un Lun to find her frustrated, angry, and bleeding, still making very little progress. Finally, in a fit of rage, she manifests the Phoenix, blasting Lei Kung halfway across the training yard, and then collapses.

Leonardo recruits the Thunderer's other students and over time they construct an enormous telescope to watch for the Phoenix's arrival. He opines that this is an opportunity to study the Phoenix Force and attempt to understand why it is coming to Earth.

Yu-Ti and Fongji sit at the scrying spring of Bo-Ling, where an image of a dragon appears to them. He interprets it as the sign that she must confront Shou Lao the Undying -- the rite of passage required for all Iron Fists.

Two days later, Fongji emerges from the cave, smiling and wielding the power of the Iron Fist. She speaks for the first time, thanking Yu-Ti.

By night, Leonardo consults his telescope and sees the Phoenix approaching. He sends a messenger to bring Yu-Ti and Fongji, saying that the time has come.

• The secret history of the Phoenix is revealed in K’un Lun’s book of the dead Iron Fists. One of the most important chapters in the AVX story.

• What is Danny Rand’s secret connection to the Phoenix?

Retrieved from "https://heykidscomics.fandom.com/wiki/New_Avengers_Vol_2_26?oldid=1448010"
Community content is available under CC-BY-SA unless otherwise noted.