Start a Wiki
Part of the 'End Times' story arc 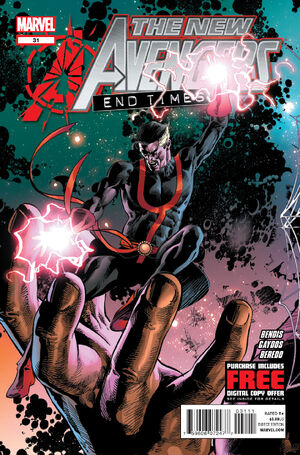 Appearing in "The End Times Begin"Edit

• Now that the New Avengers have sacrificed all they had to fight the Phoenix, many are asking hard questions: Is it time for New Avengers to call it quits?

• Meanwhile, one of the New Avengers deadliest foes hatches his elaborate plot for revenge!

Retrieved from "https://heykidscomics.fandom.com/wiki/New_Avengers_Vol_2_31?oldid=1652791"
Community content is available under CC-BY-SA unless otherwise noted.