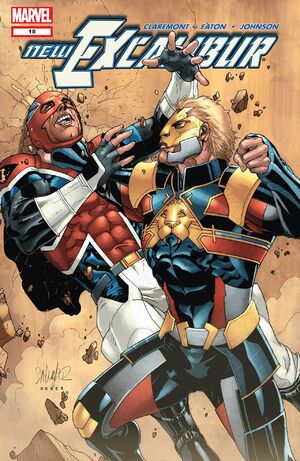 Roma's "Corps of Captains" has become but a shadow of its former self. The time has come for me to face her champion...and fulfill the destiny I have proclaimed for myself.

Appearing in "To Rise Again This Day!"Edit

Synopsis for "To Rise Again This Day!"Edit

Retrieved from "https://heykidscomics.fandom.com/wiki/New_Excalibur_Vol_1_18?oldid=1448087"
Community content is available under CC-BY-SA unless otherwise noted.