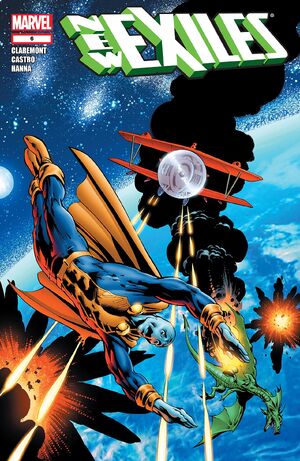 Appearing in "The Course of True Love!"Edit

Things aren’t going so well for Morph, Cat, and Sage. First, they get benched by their team leader. Next, they’re sucked into another dimension against their will. Once there, they immediately get caught in the middle of the oddest pair of star-crossed lovers since stars first crossed. Now, a deadly bounty hunter has been set on Morph, Sage is wrestling with inner demons, and Cat keeps…changing. So who’s going to set the world right?

Retrieved from "https://heykidscomics.fandom.com/wiki/New_Exiles_Vol_1_6?oldid=1650218"
Community content is available under CC-BY-SA unless otherwise noted.