Part of the 'Evolutionary War' event 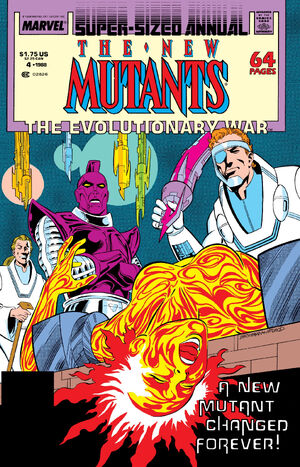 The New Mutants enter the war against the High Evolutionary — and one of the New Mutants winds up with a whole new set of powers! Plus: a special bonus feature giving all the details on those aforementioned mysterious new powers!

Appearing in "If Wishes Were Horses"Edit

Synopsis for "If Wishes Were Horses"Edit

Retrieved from "https://heykidscomics.fandom.com/wiki/New_Mutants_Annual_Vol_1_4?oldid=1758198"
Community content is available under CC-BY-SA unless otherwise noted.