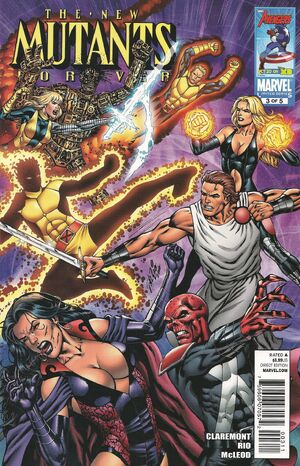 Appearing in "To Sacrifice Selene?!"Edit

It's New Mutant against New Mutant as the young heroes come face-to-face with their missing friends only to find them turned to the side of the sinister Red Skull! Could Doug and Amara really have joined the Fourth Reich? And can their fellow students really say that working with the Black Queen, Selene, is any better? Mutant mastermind Chris Claremont joins with stellar art team Al Rio and Bob McLeod to continue the lives of the X-Men's young counterparts!

Retrieved from "https://heykidscomics.fandom.com/wiki/New_Mutants_Forever_Vol_1_3?oldid=1448140"
Community content is available under CC-BY-SA unless otherwise noted.