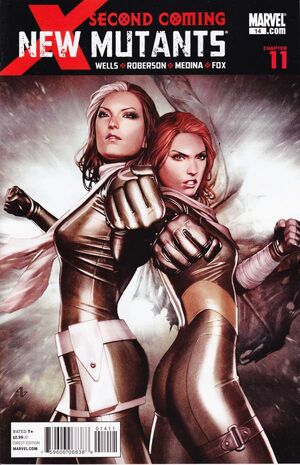 “SECOND COMING”, CHAPTER ELEVEN The X-Men are losing the battle against the Nimrods and Cyclops knows it. Desperate times call for desperate measures and no measure is more desperate than enlisting a mutant with multiple personalities, each possessing its own power. That’s right, Legion is let out of prison to fight on the X-Men’s side.

Retrieved from "https://heykidscomics.fandom.com/wiki/New_Mutants_Vol_3_14?oldid=1758107"
Community content is available under CC-BY-SA unless otherwise noted.