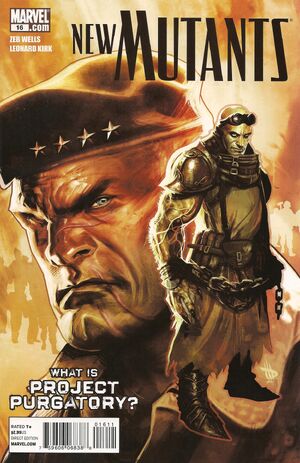 About those mutants, Combest... They really don't like being called 'weapons.'

Appearing in "What is Project Purgatory?"Edit

What is PROJECT PURGATORY and what does it need with a Bloodstone? General Ulysses, Doctor Noc and their mysterious platoon have taken their first shot at the X-Men. It’s up to the New Mutants to shoot back. Part 2 (of 5)

Retrieved from "https://heykidscomics.fandom.com/wiki/New_Mutants_Vol_3_16?oldid=1448273"
Community content is available under CC-BY-SA unless otherwise noted.