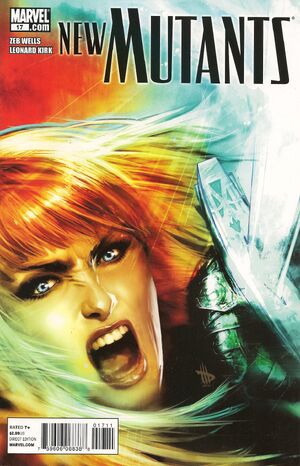 Appearing in "Fall of the New Mutants (Part 3)"Edit

“FALL OF THE NEW MUTANTS” Project Purgatory has captured [CENSORED] and the New Mutants are on their way to get it back. If only the New Mutants knew that Project Purgatory has a 10 mutant kill-team waiting for them. Who is this kill team and where did they come from? The answer will take you all the way back to a classic X-Men crossover! The New Mutants will never be the same, thanks to Zeb Wells (AMAZING SPIDER-MAN) and Leonard Kirk (DARK X-MEN, CAPTAIN BRITAIN & MI 13)! Part 3 (of 5)

Retrieved from "https://heykidscomics.fandom.com/wiki/New_Mutants_Vol_3_17?oldid=1644999"
Community content is available under CC-BY-SA unless otherwise noted.