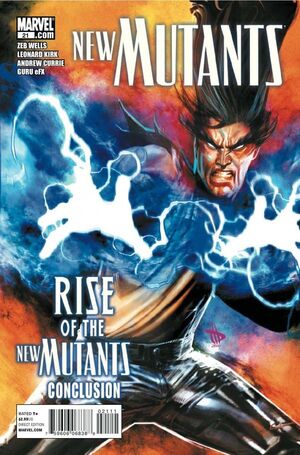 Appearing in "Rise of the New Mutants (Part 2)"Edit

“The Rise of the New Mutants” The stunning conclusion of Zeb Wells' run on New Mutants is here. Everything set in motion from #1 comes around here as the full force of the X-Men is brought down on Project Purgatory. But will it be in time? The full power of the Elder Gods is in the hands of General Ulysses. Will the power of Legion be enough to turn the tide? Part 2 (of 2).

Retrieved from "https://heykidscomics.fandom.com/wiki/New_Mutants_Vol_3_21?oldid=1650925"
Community content is available under CC-BY-SA unless otherwise noted.