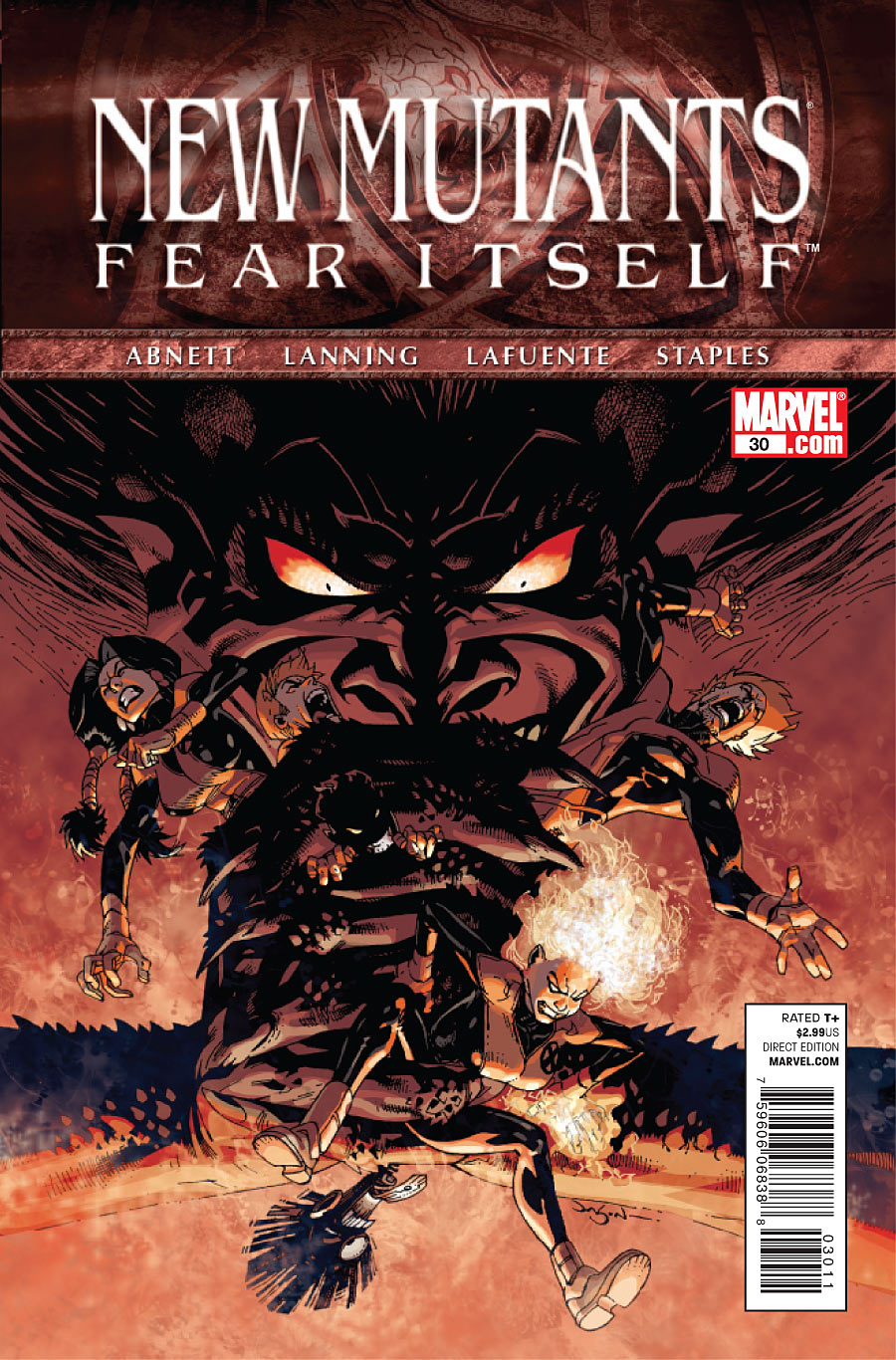 FEAR ITSELF TIE-IN The New Mutants fight the scariest beings you never knew existed! The events of Fear Itself aren’t confined to our reality so when strange forces take Hel over from its ruler Hela, it’s up to Dani Moonstar to fulfill her role as Valkyrie and save the day. Her teammates are afraid of what will happen if Dani does this alone, but will they abandon the X-Men as Juggernaut destroys San Francisco?

Retrieved from "https://heykidscomics.fandom.com/wiki/New_Mutants_Vol_3_30?oldid=1733905"
Community content is available under CC-BY-SA unless otherwise noted.