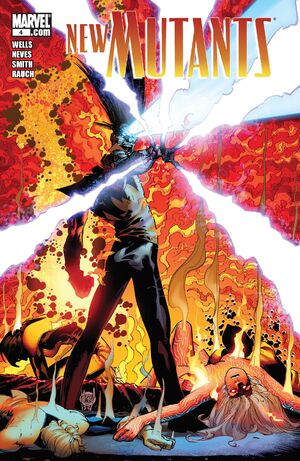 Appearing in "Return of the Legion (Part 4) - Invasive Surgery"Edit

The pulse-pounding first story-arc comes to a climactic close as Legion takes on the whole team. Can Cannonball, Sunspot, Magma and Dani Moonstar defeat a villain with dozens of super-powered multiple personalities? And all the while Karma and Magik are stuck inside Legion’s mind. Part 4 (of 4).

Retrieved from "https://heykidscomics.fandom.com/wiki/New_Mutants_Vol_3_4?oldid=1649201"
Community content is available under CC-BY-SA unless otherwise noted.