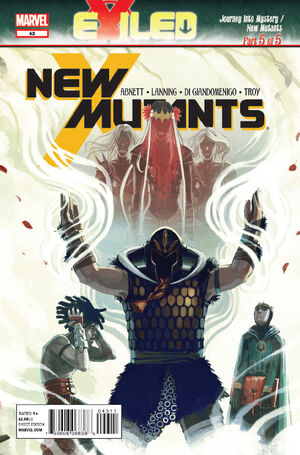 Appearing in "Unhappily Ever After"Edit

PART FIVE • Gods made mortal, with mutants their only hope for survival! • Undead cannibals on the loose, San Francisco turned inside out by forbidden magic! • A thrilling mythological mystery adventure in the Mighty Marvel manner, the most epic crossover of 2012! (Not counting that one where As fight Xs)