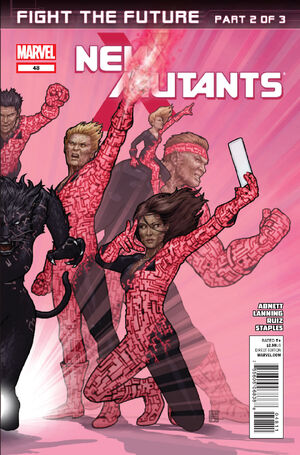 • The Hellions return in “Fear The Future” part 1! • The New Mutants thought they’d defeated their most unexpected foe, but they will soon learn that while you can change the future, but you can never escape it! • The shocking story that (yeah, we’re saying it) will change the New Mutants as you know them!

Retrieved from "https://heykidscomics.fandom.com/wiki/New_Mutants_Vol_3_48?oldid=1448305"
Community content is available under CC-BY-SA unless otherwise noted.