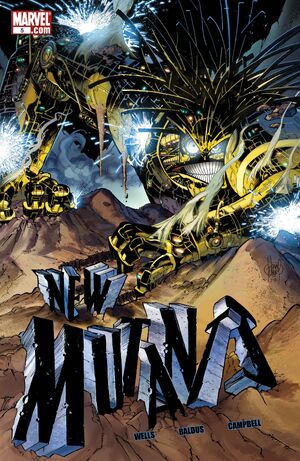 “The Calm” WARLOCK IS BACK! Everyone’s favorite alien is back on Earth, but why? Also, see the effects that UTOPIA had on Illyana and the rest of her crew and witness the most vicious fight ever to grace the pages of NEW MUTANTS. The combatants? Cannonball and Dani Moonstar.

Retrieved from "https://heykidscomics.fandom.com/wiki/New_Mutants_Vol_3_5?oldid=1650899"
Community content is available under CC-BY-SA unless otherwise noted.