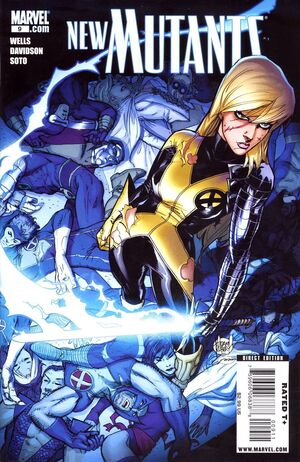 What is Illyana Rasputin up to? In NEW MUTANTS #1, she returned from who knows where with knowledge that she says is from the future. A future where things aren’t going well for the X-Men. Emma Frost is not going to settle for this question being unanswered.

Retrieved from "https://heykidscomics.fandom.com/wiki/New_Mutants_Vol_3_9?oldid=1649233"
Community content is available under CC-BY-SA unless otherwise noted.