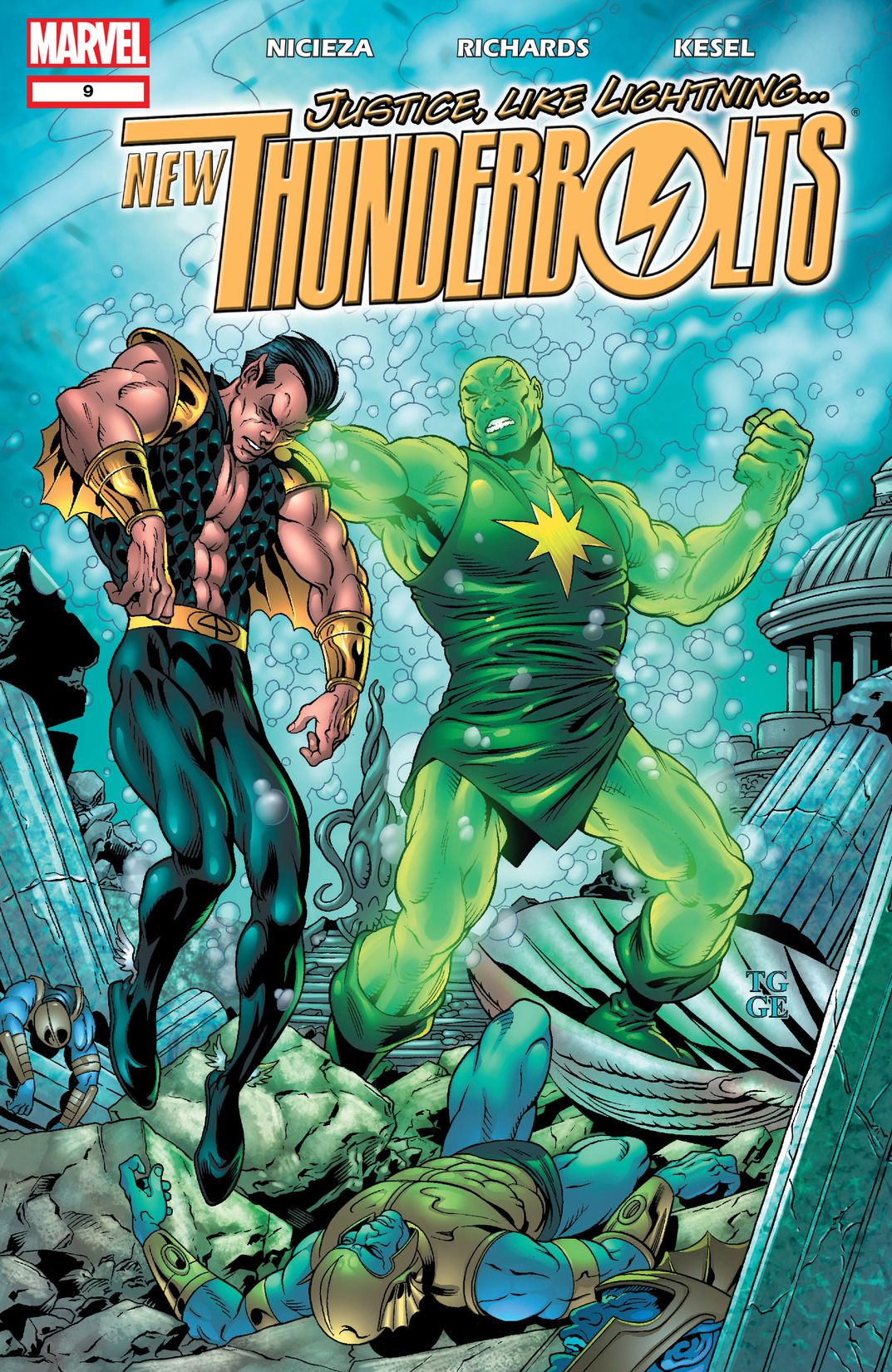 Would you like to know what we estimated my count to be? Legally and morally, you have atoned for your sin. Tell me... how could I possibly atone for mine?

Retrieved from "https://heykidscomics.fandom.com/wiki/New_Thunderbolts_Vol_1_9?oldid=1448320"
Community content is available under CC-BY-SA unless otherwise noted.