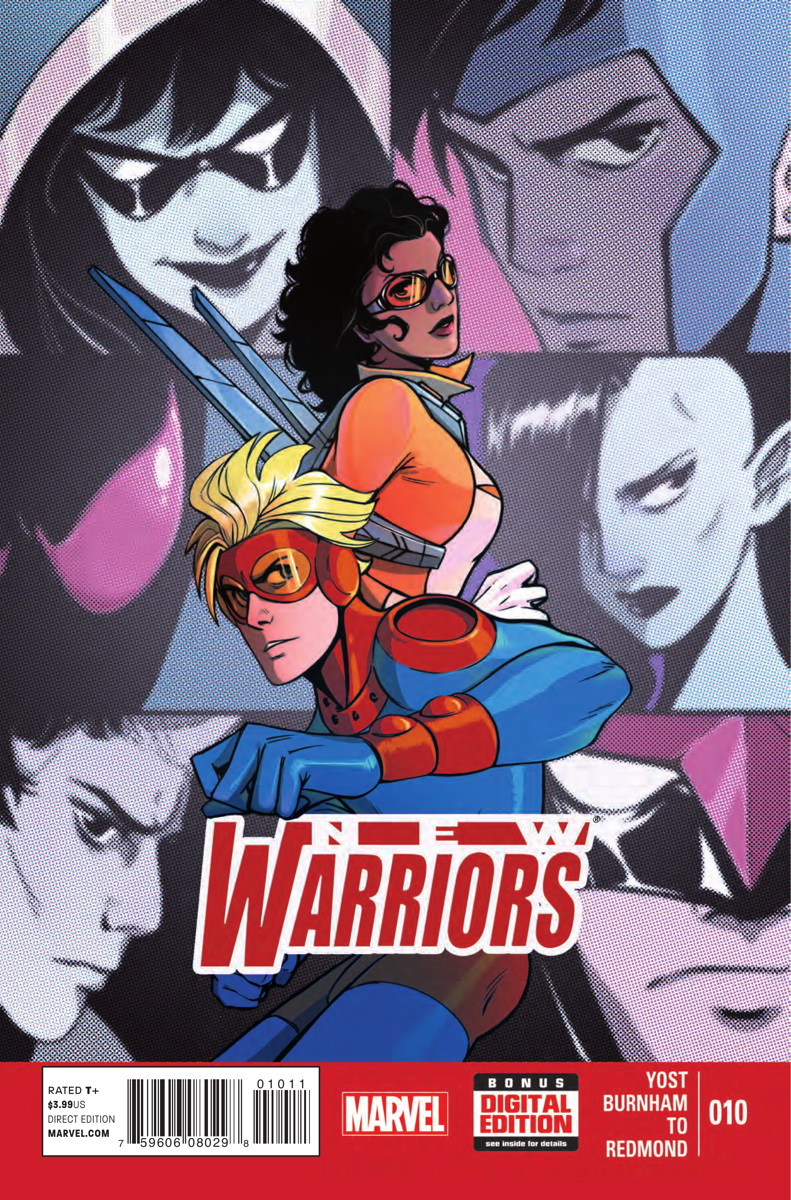 Appearing in "The Warriors Defeated The High Evolutionary... but The Eternals are still watching Earth."Edit

• The New Warriors take the fight to the High Evolutionary! For the fate of all things not human, the war is on!

• But wait! Who is behind the High Evolutionary’s plans? Can anyone trust the Evolutionaries?

• The biggest arc in the All-New New Warriors begins here, and not everyone will survive it.

Retrieved from "https://heykidscomics.fandom.com/wiki/New_Warriors_Vol_5_10?oldid=1530892"
Community content is available under CC-BY-SA unless otherwise noted.