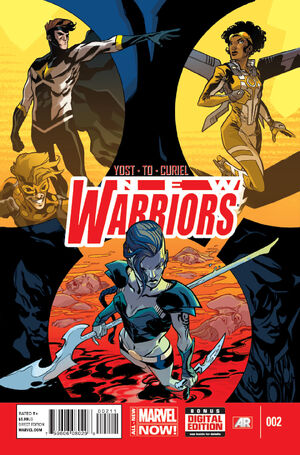 The gods are returning to judge their creations. The Celestials are returning... And you and I are the only hope for humanity's survival.

Retrieved from "https://heykidscomics.fandom.com/wiki/New_Warriors_Vol_5_2?oldid=1448454"
Community content is available under CC-BY-SA unless otherwise noted.