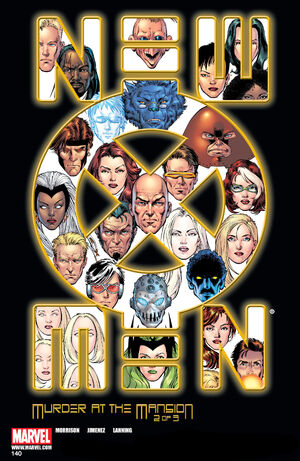 Appearing in "Murder at the Mansion"Edit

Synopsis for "Murder at the Mansion"Edit

Even though Archangel, Chamber, Gambit, Husk, Iceman, W:C:marvel:Jubilation Lee (Earth-616)Jubilee, Juggernaut, Kitty Pryde, Northstar, Polaris, Rogue and Storm appear on the cover of this issue, they do not appear inside the issue itself.

Retrieved from "https://heykidscomics.fandom.com/wiki/New_X-Men_Vol_1_140?oldid=1765237"
Community content is available under CC-BY-SA unless otherwise noted.