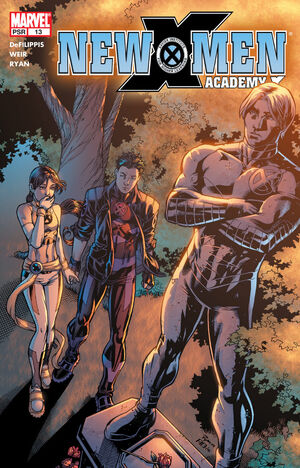 Appearing in "Into the Light"Edit

"ASHES TO ASHES" Part 1 (of 1). The kids at Xavier’s deal with death as they mourn the passing of one of their favorite teachers...but when the emotions start coming out, will the kids start saying some things that might signal the end of New Mutants forever?! A Wolverine: Agent of S.H.I.E.L.D. Tie-In! 32 PGS./Marvel PSR …$2.99

Retrieved from "https://heykidscomics.fandom.com/wiki/New_X-Men_Vol_2_13?oldid=1757382"
Community content is available under CC-BY-SA unless otherwise noted.