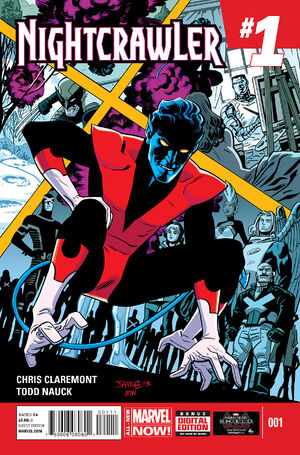 Originally, this series was going to be a new volume of X-Men: Legacy.[1]

Retrieved from "https://heykidscomics.fandom.com/wiki/Nightcrawler_Vol_4_1?oldid=1645154"
Community content is available under CC-BY-SA unless otherwise noted.