Nomad: Girl Without a World Vol 1 2 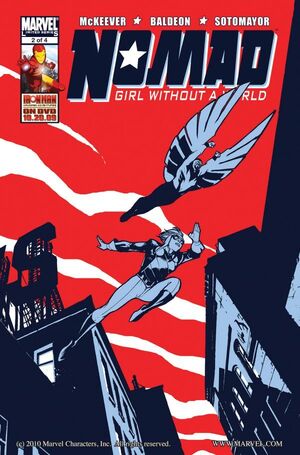 Appearing in "When Worlds Collide"Edit

Guest-starring the high-flying FALCON! When the FLAG SMASHER strikes, it's time for Rikki Barnesto make her debut as NOMAD! But does she even want to be Nomad? And while the student body elections heat up at school, MAD DOG gets closer to sniffing out his red-headed prey!