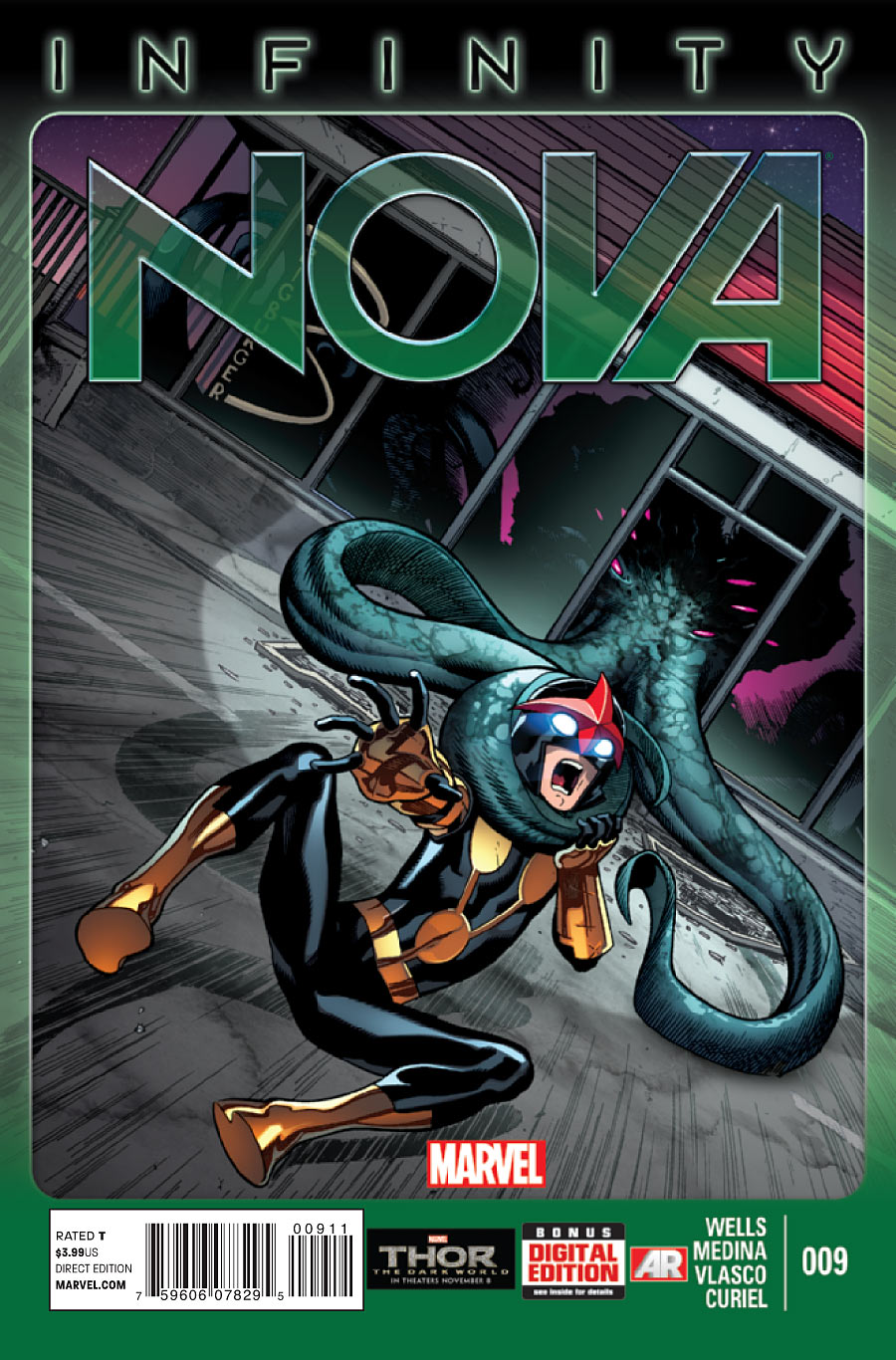 Sam's first "mission" as a New Warriors member didn't go so well. He faced a threat like no other, who threatened everything he loved. Kaldera, slave of Proxima Midnight, was sent to Earth to kill Sam because of his title as Nova. Like she offered many of her other victims, she offered Sam the choice of Brakk-Tar, meaning a battle without using any powers nor weapons. He agrees and goes by her rules, until she calls his mom a "cow". After insulting her and calling her a bully, he decided to not fight fair and use his powers to fight her. In a desperate plan to escape, Kaldera, teleports herself back into Thanos' Ship and Nova followed. He wins and Kaldera is sent off far away from Earth and Sam is reunited with his family and team members.

The events of INFINITY have Sam Alexander in over his head, but he's about to get back up from some Nice Entertaining Wallflowers Who -- okay, this is exhausting.

They're a couple of dudes from the New Warriors.

Will Nova help them put their team back together?

Retrieved from "https://heykidscomics.fandom.com/wiki/Nova_Vol_5_9?oldid=1448925"
Community content is available under CC-BY-SA unless otherwise noted.