Start a Wiki
Part of the 'Onslaught (event)' event 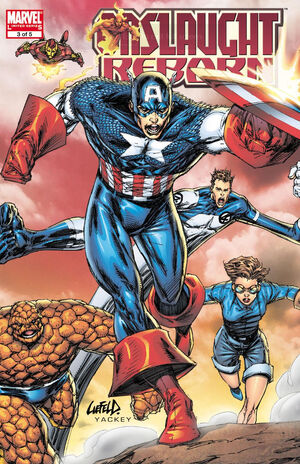 As the battle rages on between Thor and The Hulk, Captain America realizes that Onslaught can possess anyone, and now knows who wears Hawkeye's outfit. Bucky and Franklin received a visit from a group of people, but they're not alone...

Retrieved from "https://heykidscomics.fandom.com/wiki/Onslaught_Reborn_Vol_1_3?oldid=1486682"
Community content is available under CC-BY-SA unless otherwise noted.