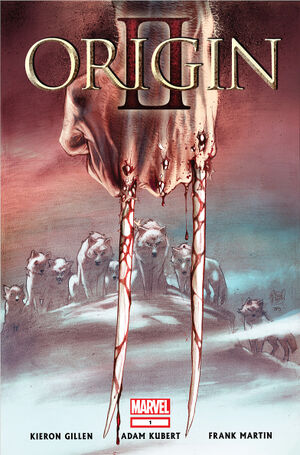 Human's rarely understand the pack of the wild. The wolves do not stay together out of fear. They stay because they want to. They stay for love. There is enough game here for the three sons to choose to stay with Red Streak and Grey Scar. They are much needed. With this endless winter encroaching into spring, there is much work to do...and a new generation to feed. It is rare for a wolf family to accept one not of their blood. But "rare" is not "never." And across the years, Grey Scar and Red Streak came to love the two-legged wolf. With the pups, it's easier. They instantly adored the one whose two-thumbed magic brought entire prey to their eager mouths. He completes their family. The Lone Wolf is different. He watches. He waits. He desires. He does not desire family. He desires what the family has. He'd eat the pups. He'd eat them all. The Lone Wolf's lingering presence is the only threat to the pack's world. Despite the winter dying the spring white, the hunting is good. The pack is close. There is nothing more to want. As much as the Wolfish Man can hope for anything, he hopes the only thing that changes...is nothing.

It was 1907. It was the end of the age of the great Empires of Steam, the clock of mankind ticking towards dreadful war. The entirety of the civilized world knew it. The mistake of the civilized man being to believe his world was the world entire. This is a story about how civilized man came to know of another world and the man who lived there. This is a story about that man, one called Logan, who had chosen to live far away from civilization and those who disturbed him. It is a story of wolves and bears. It is a story of animals.

Logan (aka) the Wolfish Man, has been living with a wolf pack for some time. Protecting and feeding them. "The Lone Wolf is different he watches, waits and desires. He does not desire family. He desires what the family has. He'd eat the pups. He'd eat them all. The Lone Wolf's lingering presence is the only threat to the pack's world."

The Wolfish Man and his pack, soon discovered the creature known as the White Bear. This creature was strange and different, but the Wolfish Man had to know more. "For the first time in years, he felt pity. For as strange as the bear was to the forest, the forest was strange to it as well. All its talents seemed useless, the Wolfish Man tired to help but his offers were insufficient, and the Bear needed flesh, which the Wolfish Man had none to spare, as he was thinking of his family; and that the strange bear would have to fend for itself, and with luck, finds its way home."

The White Bear, eventually found it's way home, but not his home. The Bear invaded the Wolfish Man's home, and killed the pack he was feeding and protecting. Enraged the Wolfish Man battled the bear eventually killing it. And The Wolfish Man, also slained the nearby Lone Wolf who was about to kill him. Had Logan not given into his savage nature, he might have noticed the white bear was tagged by someone named Essex...

Retrieved from "https://heykidscomics.fandom.com/wiki/Origin_II_Vol_1_1?oldid=1449278"
Community content is available under CC-BY-SA unless otherwise noted.