Start a Wiki
Part of the 'Infinite Crisis' event 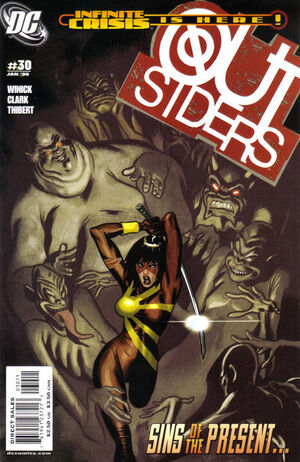 Don't complain, or all make you all switch partners. Which means either Mammoth will be banging his sister or you'll all be having the gay sex.

-- Sabbac, after using his lust powers to make the Frightful Four have sex with each other.

Retrieved from "https://heykidscomics.fandom.com/wiki/Outsiders_Vol_3_30?oldid=1445390"
Community content is available under CC-BY-SA unless otherwise noted.