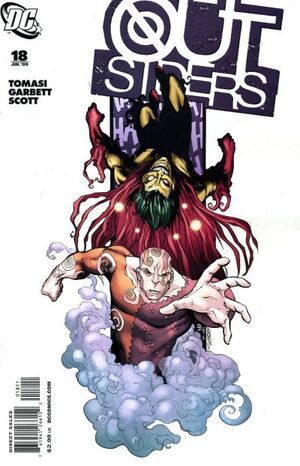 I will not stand here and let you butcher this man as though we were in some abbatoir.

Appearing in "The Deep, Part Four"Edit

The Deep" part 4 of 6. The Outsiders finally discover what The Insiders are searching for thanks to the help of a long lost being known only as "The Outkast." And the ensuing battle may take them to the very center of the earth itself.

Retrieved from "https://heykidscomics.fandom.com/wiki/Outsiders_Vol_4_18?oldid=1510534"
Community content is available under CC-BY-SA unless otherwise noted.