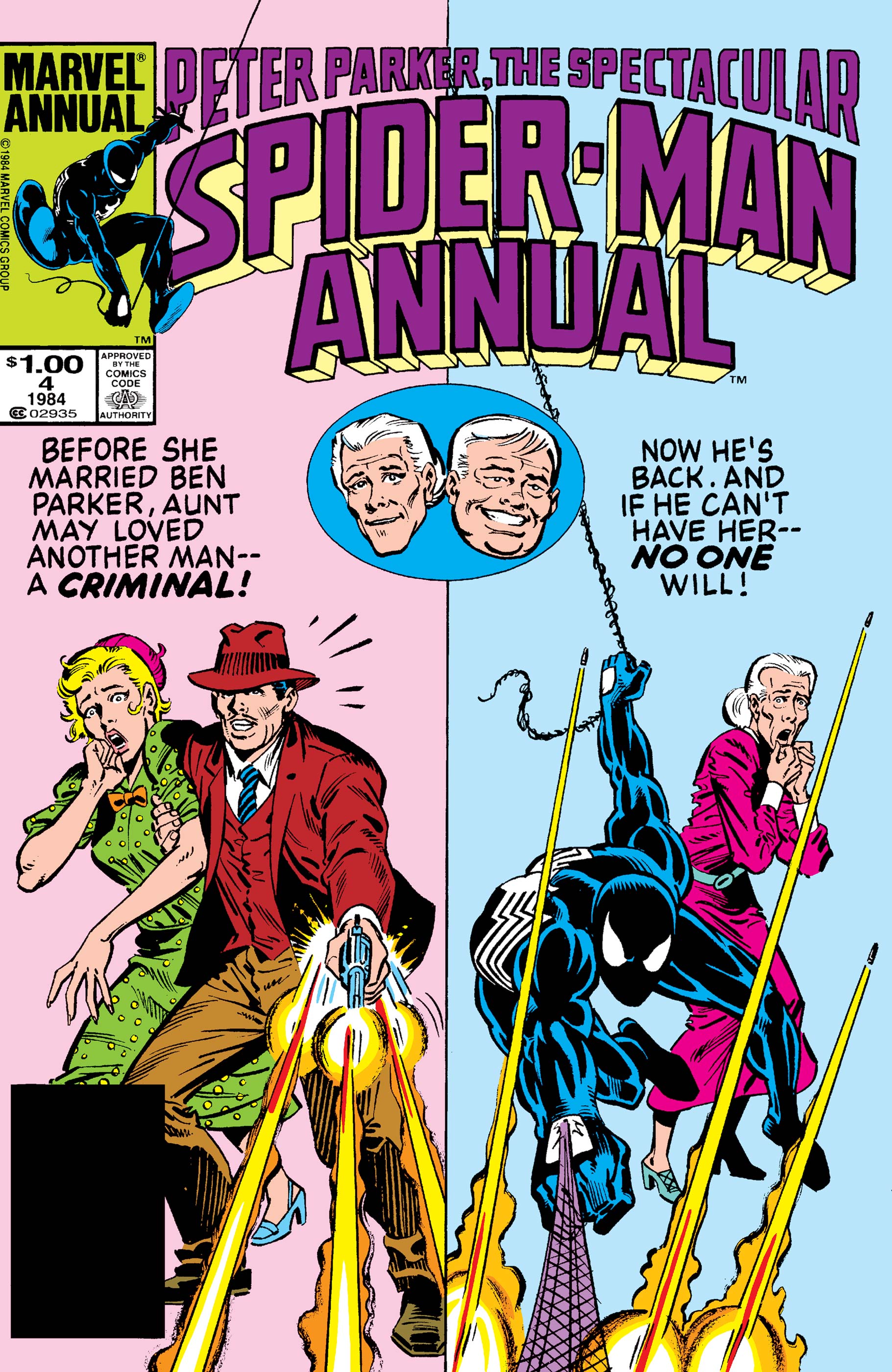 Featuring a look back into Aunt May's youth, as she is haunted today by an old love — and a secret from her past! How will her web-slinging nephew save her from the dangers without — and within? Plus — a solo tale of the Black Cat

Appearing in "Cat and Mouse"Edit

Synopsis for "Cat and Mouse"Edit

Retrieved from "https://heykidscomics.fandom.com/wiki/Peter_Parker,_The_Spectacular_Spider-Man_Annual_Vol_1_4?oldid=1725029"
Community content is available under CC-BY-SA unless otherwise noted.