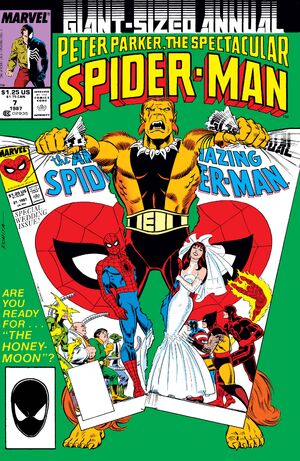 It's off to the South of France for Peter and his blushing bride, Mary Jane, as they set off for a fun-filled, carefree honeymoon. But the trip takes an unexpected turn when Peter accepts an offer from none other than the Puma!

Retrieved from "https://heykidscomics.fandom.com/wiki/Peter_Parker,_The_Spectacular_Spider-Man_Annual_Vol_1_7?oldid=1730202"
Community content is available under CC-BY-SA unless otherwise noted.