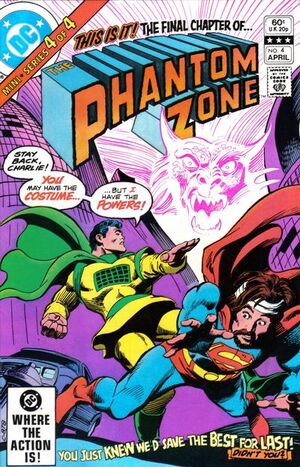 Appearing in "The Phantom Planet"Edit

Synopsis for "The Phantom Planet"Edit

This issue mentions a musical-cultural movement beyond Punk and New Wave known as "Bizarro" that started in Metropolis. Its primary principal is that anyone born after 1961 is an imperfect duplicate of a human being.

Retrieved from "https://heykidscomics.fandom.com/wiki/Phantom_Zone_Vol_1_4?oldid=1635954"
Community content is available under CC-BY-SA unless otherwise noted.