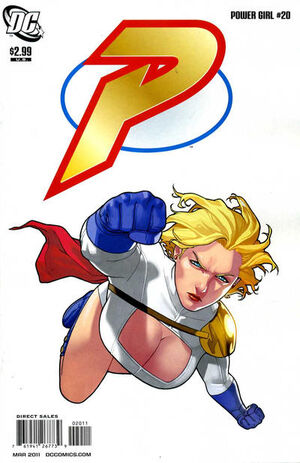 Appearing in "Beasts of Burden"Edit

Synopsis for "Beasts of Burden"Edit

As Simon Peters stalls a meeting with attorneys regarding Starrware Industries bankruptcy trial, Power Girl is battling the newly created monstrosities of Project Cadmus. Professor Ivo states that the G.E.L.F.s, as he insists on calling them, were designed specifically to challenge her abilities. Power Girl breaks into the Cadmus facility while Ivo is in the middle of bragging that it will be impossible to break into the facility.

Inside, Power Girl locates an unencrypted server, which she uploads to her analyst, Nicco Cho. Cho realizes the data is too sensitive for he alone to be responsible for and forwards it to Batman. Meanwhile, Power Girl stumbles across more G.E.L.F.s, including a clone of Krypto, complete with superpowers. The clone appears to recognize Power Girl, and joins her in fighting against the G.E.L.F.s. They have almost completely destroyed the facility when Maxwell Lord appears, shoots Krypto, and brings Power Girl under his mind control.

Lord yells at Ivo for cloning the dog against his orders, and tells him to set up the Beta Site for the "final preparations." He uses his mind control to convince Power Girl that Captain Atom murdered her former JSA teammate, Magog, and orders her to take down the remaining members of Justice League International.

Retrieved from "https://heykidscomics.fandom.com/wiki/Power_Girl_Vol_2_20?oldid=1455552"
Community content is available under CC-BY-SA unless otherwise noted.