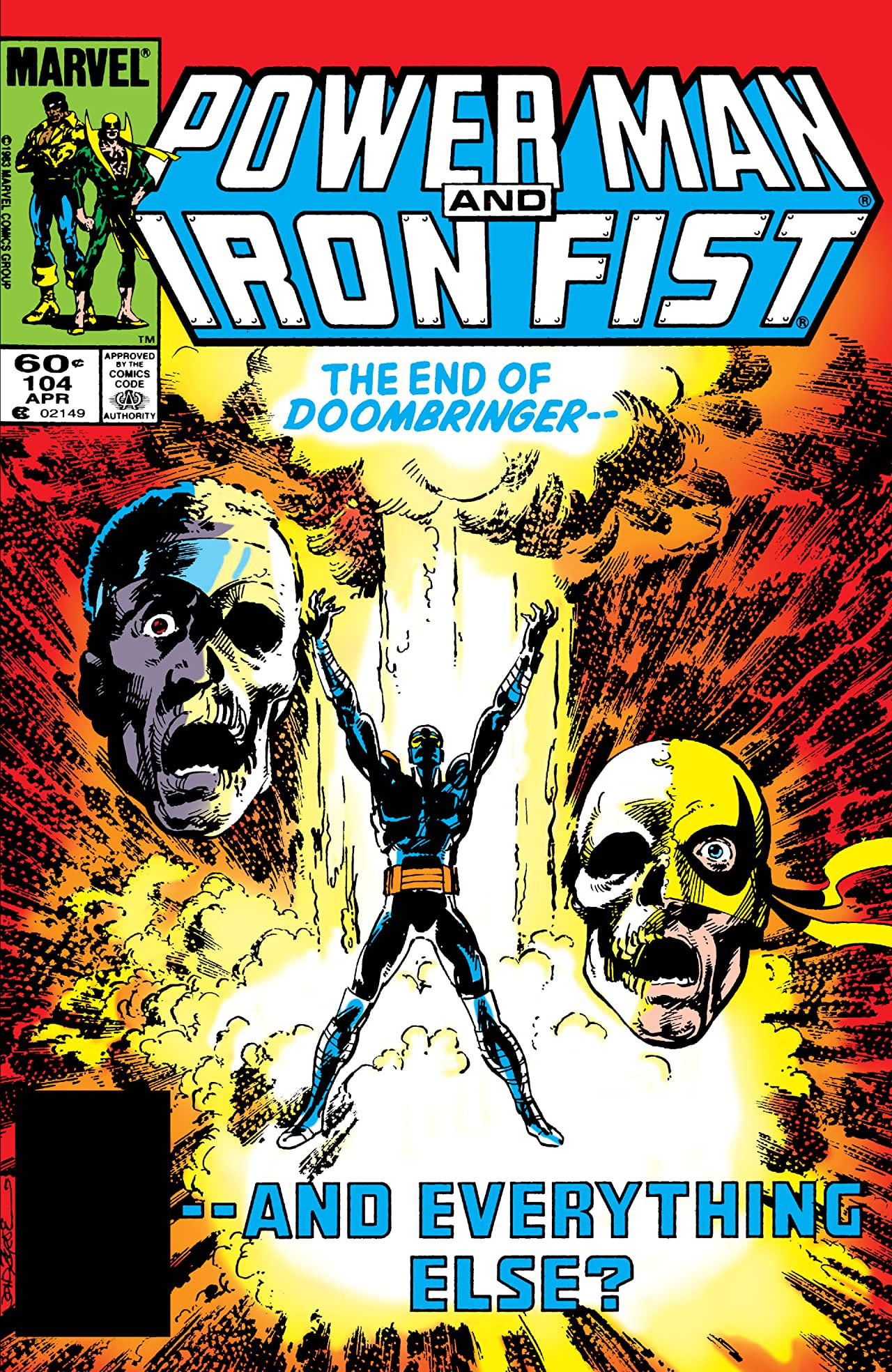 Appearing in "The Armageddon Game"Edit

Synopsis for "The Armageddon Game"Edit

Misty and Colleen travel to Khotain, a Middle East country to retrieve documents. The documents heighten tensions between two Middle East countries: Khotain and neighboring Dhakran. Misty and Colleen are captured, accused of spying, and set up for execution. Back in Manhattan, Cage and Iron Fist search for Doombringer who fell from a building last issue. They do not find him. They do search Manhattan and uncover the corporation that sent Misty and Colleen on their mission. They capture their un-named leader and take him with them to Khotain.

Retrieved from "https://heykidscomics.fandom.com/wiki/Power_Man_and_Iron_Fist_Vol_1_104?oldid=1451592"
Community content is available under CC-BY-SA unless otherwise noted.