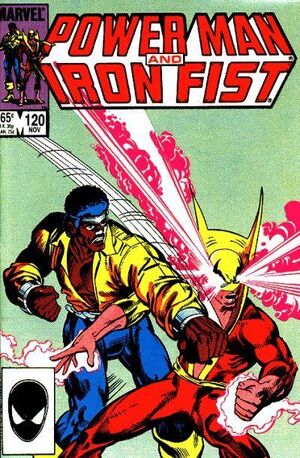 He's not just any dragon, he's Chiantang, brother of the Dragon King, the destroyer of K'un Lun! And Iron Fist is not only going to fight — he's vowed to kill him!

Retrieved from "https://heykidscomics.fandom.com/wiki/Power_Man_and_Iron_Fist_Vol_1_120?oldid=1652608"
Community content is available under CC-BY-SA unless otherwise noted.