Start a Wiki
Part of the 'Blackest Night' event 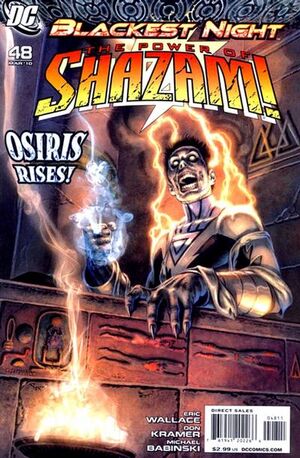 Appearing in "Rest in Peace"Edit

Synopsis for "Rest in Peace"Edit

This issue was released 11 years, to the month, after the cancellation of the Power of Shazam monthly series. It was one of a series of previously canceled books to be "resurrected" as part of a tie-in with the company-wide Blackest Night crossover.

Retrieved from "https://heykidscomics.fandom.com/wiki/Power_of_Shazam_Vol_1_48?oldid=1674398"
Community content is available under CC-BY-SA unless otherwise noted.