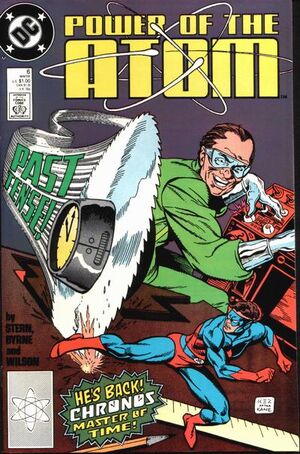 After years of study and research, the time for revenge has come at last.

The Chronos henchman named Ron in this issue is Ronald Morning. Ron is the father of Lori Morning a child who is cared for by the Legion of Super-Heroes Post-Zero Hour.

Retrieved from "https://heykidscomics.fandom.com/wiki/Power_of_the_Atom_Vol_1_6?oldid=1496253"
Community content is available under CC-BY-SA unless otherwise noted.