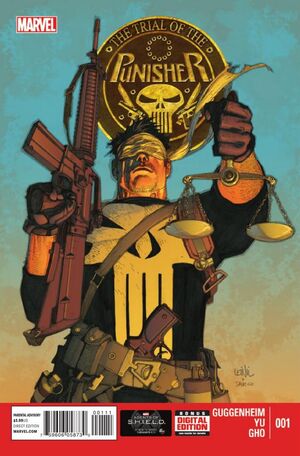 Sounds like you don't think I'm so crazy after all.

Appearing in "The People Vs Frank Castle"Edit

The unthinkable happens when the Punisher surrenders himself to police!

The trial of the century begins as Frank Castle admits to murdering a district attorney!

Is this the end of the Punisher's war on crime?

Retrieved from "https://heykidscomics.fandom.com/wiki/Punisher:_Trial_of_the_Punisher_Vol_1_1?oldid=1450140"
Community content is available under CC-BY-SA unless otherwise noted.