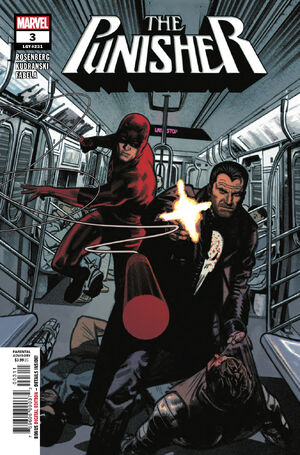 You're a murdering piece of filth, Castle.

A SUBWAY STRUGGLE FOR SURVIVAL!

• The Punisher attempts to escape his attackers, but they follow him into New York’s subways!

• Frank’s nearly overtaken when the protector of Hell’s Kitchen, Daredevil, joins the fracas.

• But Daredevil wants to put Frank down just as bad as the mercenaries do!