Start a Wiki
Part of the 'War in Bagalia' story arc 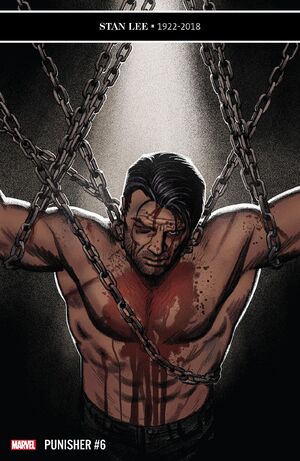 You're still running around killing people years later, hoping it will make you feel better that you let your family die.

• The Punisher is extradited to the worst place imaginable… Bagalia! Hydra Nation itself!

• Frank’s been in prison before, but he’s about to enter a prison on an island full of bad guys…

• As Frank enters the lion’s den, Zemo makes his move.

Retrieved from "https://heykidscomics.fandom.com/wiki/Punisher_Vol_12_6?oldid=1672590"
Community content is available under CC-BY-SA unless otherwise noted.