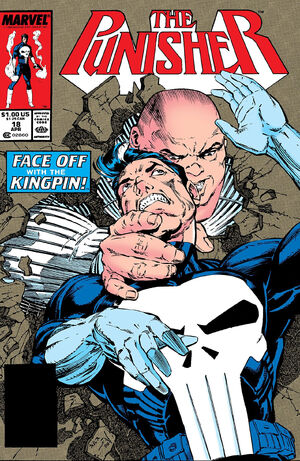 It's the story you've been waiting for: the Punisher and the Kingpin face-to-face! Will the Punisher be able to live up to his vow to kill the Kingpin? If he does, it'll touch off the greatest gang war the city has ever seen!

Retrieved from "https://heykidscomics.fandom.com/wiki/Punisher_Vol_2_18?oldid=1450484"
Community content is available under CC-BY-SA unless otherwise noted.