Start a Wiki
Part of the 'Firefight' story arc 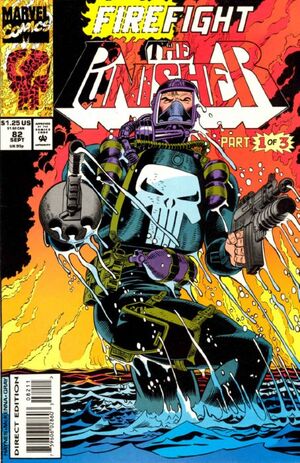 Ray Sutherland is released from a mental hospital, leaving his past as a demented arsonist behind. Little does he know of his nephew's plans of using his uncle's not-so-forgotten "abilities" for his dark purposes. Meanwhile, Frank Castle is on the pursuit of a couple of weapon dealers when he's suddenly caught in the middle of the first in a series of well-planned structural fires among the buildings of the neighborhood.

Retrieved from "https://heykidscomics.fandom.com/wiki/Punisher_Vol_2_82?oldid=1450548"
Community content is available under CC-BY-SA unless otherwise noted.