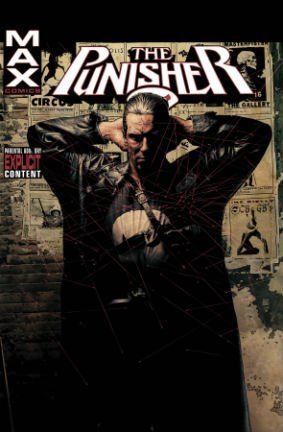 We're at war, Frank, and propaganda is the front line. It's Norman's oxygen. His armor. But if you were to find the cracks?

THe cover is a homage to Punisher #3

Retrieved from "https://heykidscomics.fandom.com/wiki/Punisher_Vol_7_2?oldid=1450303"
Community content is available under CC-BY-SA unless otherwise noted.