Start a Wiki
Part of the 'Dead End' story arc 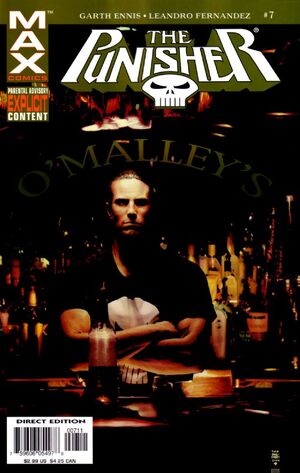 "DEAD END" Part 2 of 5 Having tapped into the ancient and demonic evils that corrupt his soul, the Hood has drawn together a band of long-dead villains, all with personal investment in the execution of the Punisher. Meanwhile, Frank Castle struggles with a ghoulish offer that may hold his final chance for redemption.

Retrieved from "https://heykidscomics.fandom.com/wiki/Punisher_Vol_7_7?oldid=1728465"
Community content is available under CC-BY-SA unless otherwise noted.