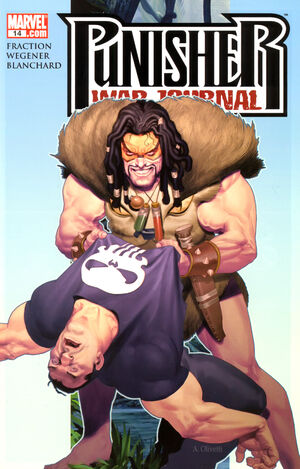 Aragorn shows up just a few months later in Captain Britain and MI-13 #5 apparently unharmed. How he survived or was reincarnated is unknown.

Retrieved from "https://heykidscomics.fandom.com/wiki/Punisher_War_Journal_Vol_2_14?oldid=1450046"
Community content is available under CC-BY-SA unless otherwise noted.