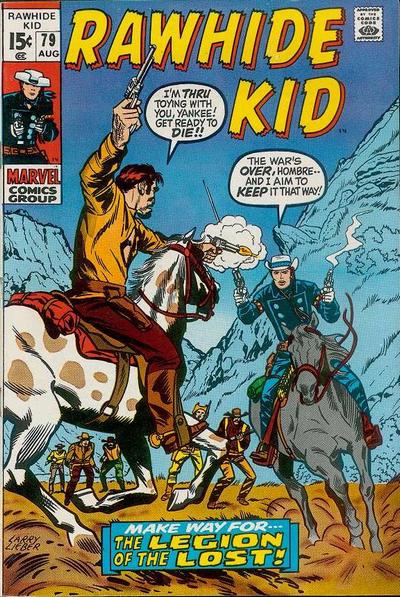 Appearing in "Legion of the Lost"Edit

Synopsis for "Legion of the Lost"Edit

The Kid runs into Ramm, who wants to recruit him for an army he's building to reclaim the glory of the Confederacy; the Kid destroys his ammunition stockpile, and the two duel with sabres, with the Kid victorious; Ramm's men abandon him, and he is left ranting alone.

Retrieved from "https://heykidscomics.fandom.com/wiki/Rawhide_Kid_Vol_1_79?oldid=1450790"
Community content is available under CC-BY-SA unless otherwise noted.